Grab the ball and take on the world with BASKETBALL STARS. 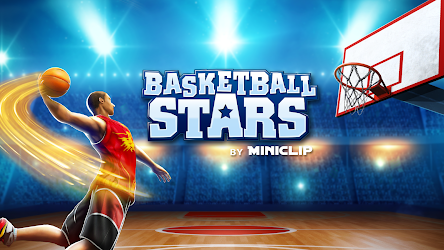 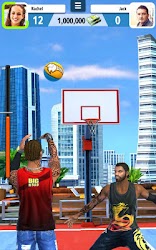 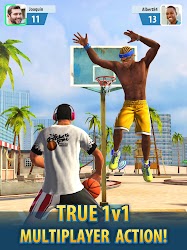 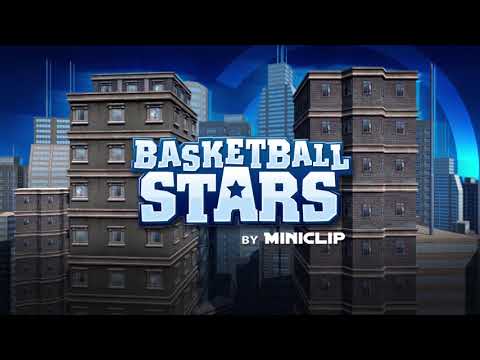 From the creators of multiple smash-hit online sports games!

Dribble, shoot, score, WIN in this competitive multiplayer Basketball game on mobile! Grab the ball and take on the world with BASKETBALL STARS.

Play fast-paced, authentic 1v1 multiplayer basketball! Show your skills, moves and fakes to juke out your opponent and shoot for the basket! On defense, stay in the face of the attacker, steal the ball, and time your leaps to block their shots! All in REAL-TIME!

REALISTIC 3D GRAPHICS
Basketball on mobile has never looked this good: fully customisable 3D players and a variety of environments to play in!

INCREDIBLE REWARDS AND HUNDREDS OF UNIQUE ITEMS
Playing like an all-star? Enter higher-ranked matches with bigger stakes, and unlock special basketballs and unique wearables to grow your power and style.

LEVEL UP
Start out on the Underdog court and play your way up to the top. Gain access to more exclusive courts and compete with the best Basketball Stars players out there!


This game requires an internet connection

Don’t miss out on the latest news:

• The Madness Season starts mid-March, along a Season Pass that’ll allow you to unlock additional Tiers, collect Exclusive Rewards and open your bags 2x faster.
• The Madness Championship will take place in mid-March, featuring a VIP Pass that will give you unlimited shots, gold, VIP Bags and several other prizes. Don’t forget: Collect Cups with your wins and display on your profile forever!
• Bug Fixes and Performance Improvements

• The Happy Holidays Cup will take place in late-December, featuring a VIP Pass that will give you unlimited shots, gold, VIP Bags and several other prizes. Don’t forget: Collect Cups with your wins and display them on your profile forever!
• Play the Break the Ice Season and The Happy Holidays Cup event until mid January